The heart of Barcelona is Las Rambla and Gothic Quarter.

La Rambla is a street in central Barcelona, popular with both tourists and locals alike. This long tree-lined pedestrian walk is bustling with outdoor cafes, souvenir shops, restaurants, newspaper kiosks, flower and animal stalls, and all sorts of artists.

On the first night we arrived to Barcelona, my mom and I quickly checked into our hostal* and started walking along La Rambla. We walked from beginning to end, which is a bit less than a mile. 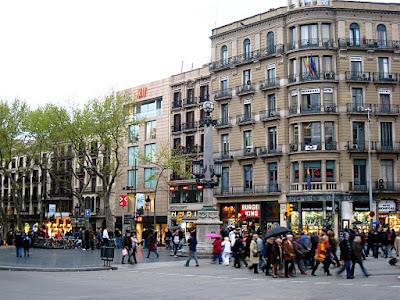 I enjoyed the lively atmosphere with street performers. Be careful when you take pictures of the street performers - they expect you to put money in their money jars. Or do what I did, hide behind the crowd and take the pictures discreetly. :) 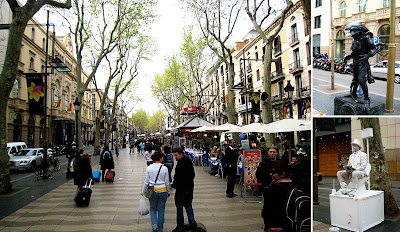 We saw lots and lots of flower vendors. The flowers were all so fresh and yummy looking!

There is also a stretch on La Rambla that sells all sort of animals from baby ducks to chickens to hamsters to fish to turtles to lizards. No puppies, though. 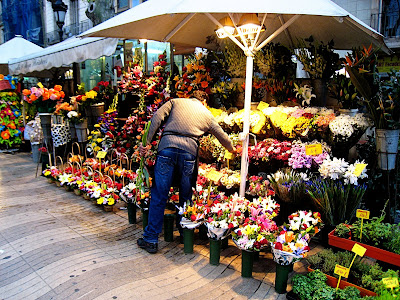 At one end of La Rambla is a statue of Christopher Columbus pointing towards the sea. 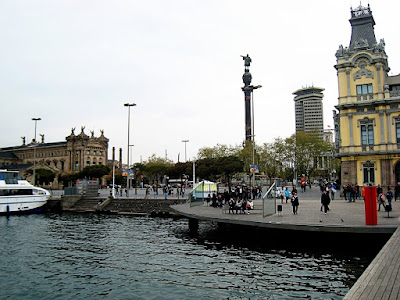 After La Rambla ended, we continued onto Rambla del Mar. Rambla del Mar stretches out over the water. At the end of it is a shopping mall, an IMAX theater, and a nice view of the port. 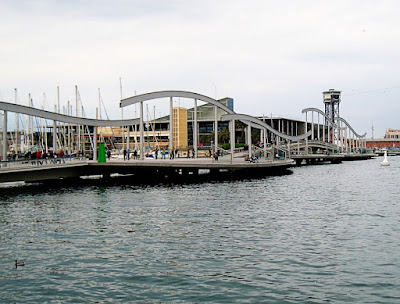 We didn't find it very interesting so left pretty quickly.

We then walked all the way to the other end of La Rambla - Plaça de Catalunya.

Plaça de Catalunya is a large plaza and Barcelona's busiest square. Barcelona's two most famous streets, the La Rambla and the Passeig de Gracia (which I mentioned in my previous post) start here. In a way, it divides the "new" city (modernist architecture in Eixample) and "old" city.

Unfortunately, as with nearly all other days, it started to drizzle so we didn't get to sit around and people-watch. I remember the floor got slippery very quickly! 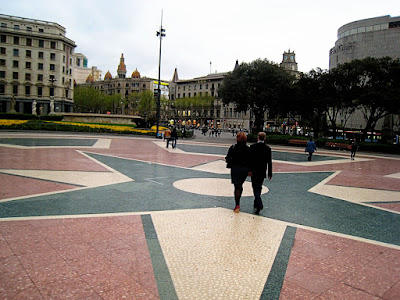 Barcelona, especially this area and shortly after sunset, is beautiful! My camera and my amateur photography skills do not do justice. 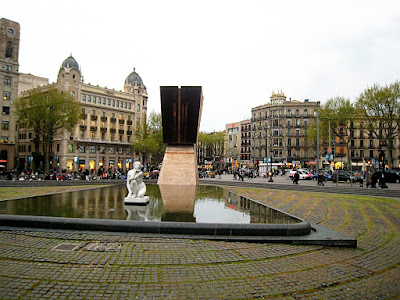 In the middle of La Rambla is Mercat de la Boqueria, a famous and colorful market. We stopped by the market every day for fresh fruits and pastries. The market is shockingly clean and everything is stacked and displayed neatly. The market also has a number of food stalls.

Fresh fruits in Barcelona is extremely affordable. One kilo (roughly two pounds) of strawberry is only $1.99! We also bought french breads and croissants for cheap. 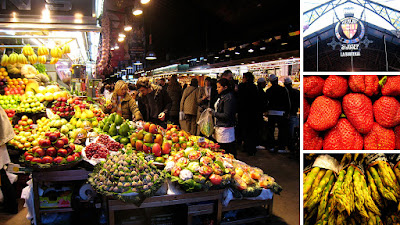 The Gothic Quarter, a short walk from La Rambla, is very romantic. Its small streets, shops, fountains, squares, medieval architecture, everything invites you to slow down and get to know this charming area.

We just sort of wandered around the small streets (no maps) and, what else, took pictures! 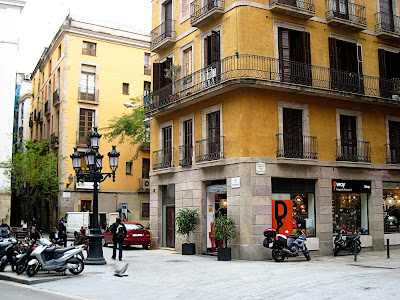 My mom with a bright red umbrella. It was easy to spot her. The streets are dotted with speciality shops, little cafes, bakeries, and gelato vendors. 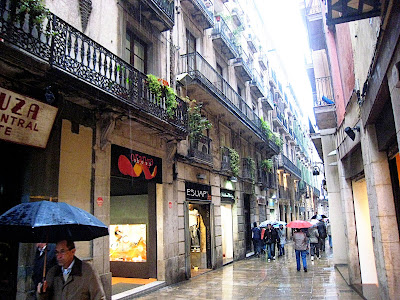 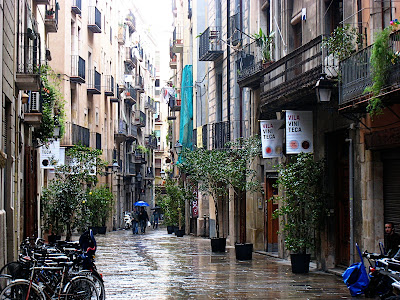 I couldn't get enough of the pretty street scenes. 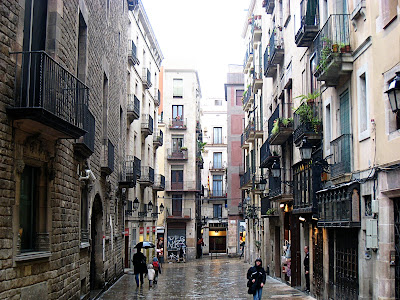 At Gothic Quarter, we saw Barcelona Cathedral and Plaça del Rei, where Columbus was received after returning from the New World.

Here is a picture of me at Placa del Rei, a small square below the royal palace.

The Picasso Museum is also one of the biggest attractions at Gothic Quarter. We stopped by the gift shop and found tourists galore. I heard people speaking Chinese everywhere.

The Gothic Quarter can only be discovered on foot, ideally at sunset. We had enough time to visit this full-of-character gem twice! It didn't get old for me.

Of our entire stay in Spain, La Rambla and Gothic Quarter are my two favorites. I hope I will return someday with my hubs!

Up next: I will show you pictures of Montjuïc where I saw Barcelona from above!