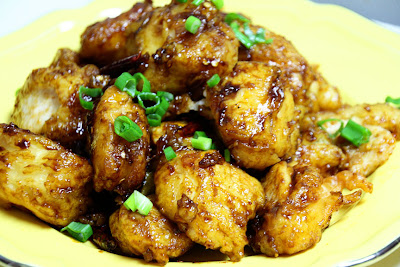 General Tso's Chicken, while called Chinese food, is actually an American creation. It is a sweet + spicy deep fried chicken dish served in American Chinese restaurants (and popular in the buffet line).

It's one of hubs' favorite dishes!

Years and years ago, I found a recipe and tried making it at home. It didn't turn out so well - it didn't taste like the General Tso's Chicken that we know and love from Chinese restaurants.

With a different recipe (one from Disney, no less!) in hand, I decided to give it another try. It was definitely....better! The tender chicken pieces wrapped in fluffy dough and coated with sweet (and a bit spicy) sauce were very appetizing! Not too bad, if I do say so myself.

Next time though, I will make extra sauce so not only the chicken pieces get coated, but we will have some leftover for dipping and rice. If you are trying this recipe out, I recommend doubling the sauce!

* I didn't have this so I skipped it

{original recipe here, but I made slight changes} 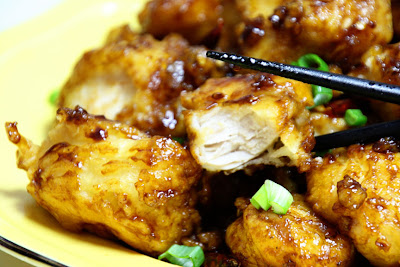