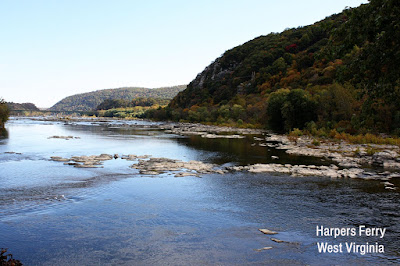 I went to Harpers Ferry (a historic town in West Virginia, situated at the confluence of the Potomac and Shenandoah Rivers where Maryland, Virginia, and West Virginia meet) with my parents and a family friend today. I was really hoping to catch the peak of fall foliage, but alas, our timing was off probably by a week. While there were some fall colors, for the most part, it was still all green. It was another gorgeous day, though. The cooler fall weather has definitely arrived and it was pleasant to be outdoors. 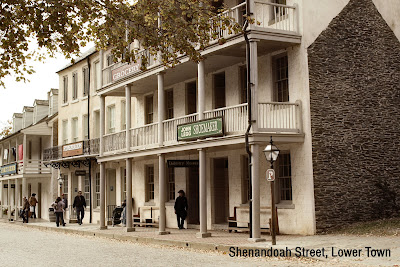 We entered from the Harpers Ferry National Park entrance in West Virginia. From there, we took a shuttle to Lower Town, where gift shops, small boutiques, restaurants, cafes, ice cream shops, are located. Oh, and because of Harpers Ferry's tie with the Civil War, there are also restored historical buildings and exhibits. 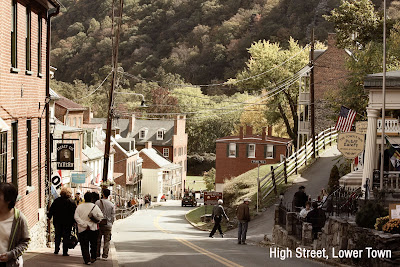 Really there are only three major roads in the town. Unless you are a history buff, it doesn't take long to see everything. We finished rather quickly. =p 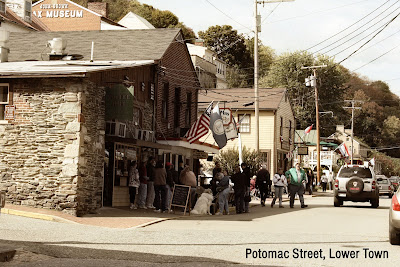 The St. Peter's Catholic Church is probably one of the major icons of Harpers Ferry. I managed to capture some of the fall colors even though they were sparse. 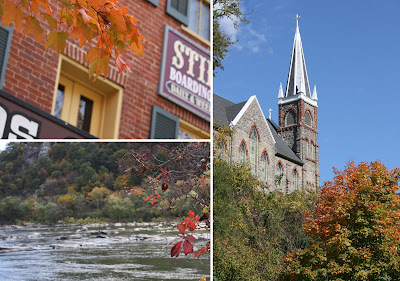 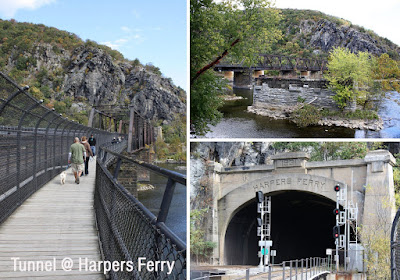 After we crossed over the bridge, we walked the trail a bit and turn around to go home. I am kicking myself now for not exploring further. We missed the best view of all. Go ahead, click on the link. Nice, right? The view gives you a panoramic picture of the Lower Town, both Rivers, and (I think you can see) all three states. The thing is - I knew about the view, I wanted to see it. But when we were there, we just didn't know where to find the trail that leads to it. 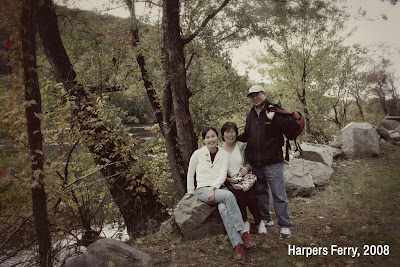 On the other hand, the hike to the top is at least several miles incline. My dad was ready to go after we took this picture anyway. :)

I will save the hike for next time. And next time, I will know exactly where to look.
Email Post
Labels: Around DC friends + family