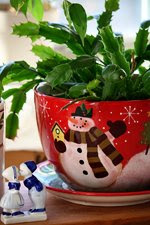 The Miracle Baby Story: Part I, II, and III.

That morning, the hubs and I were in high spirits. It was his day off from school. And seeing that it was raining outside, we planned to spend the entire day on house arrest. He gave Pargo a haircut and I gave him a bath. He wiped down the bathroom and I did three loads of laundry. Together, we made our little place squeaky clean.

I noticed that the water level in the fish tank was getting low, so I decided to fill it up. (click here to see what I mean) Little did I know that I filled up the water way too much that Miracle could easy swim out from his high rise building. And that was exactly what he did.

Poor guy was nibbled to death by his own father, Easter. We didn't see what happened, but saw enough after the fact that Easter was indeed the murderer.

I feel so bad about what happened. I blame myself for filling up the tank. It was fine the way it was, but I wanted it to look prettier with a full tank of water. I was so excited when we found Miracle. We were going to watch him grow. He was special because his life started in our tank. No store-bought fish could ever replace him.

We put his carcass in the Christmas cactus plant. His body will eventually get decomposed and become part of the plant.