How I Feel About Economic Crisis 2008

Usually, I like to keep my posts light and fluffy, but influenced by several fellow bloggers and recent headlines, I feel that I should write something about the current economic crisis. However, I am probably the last person who can speak intelligently about the topic, so if I misspoke, please correct me.

Instead of going into the details – because 1) news does it much better and 2) I still don’t completely understand – I will just talk about how I feel about the whole fiasco. 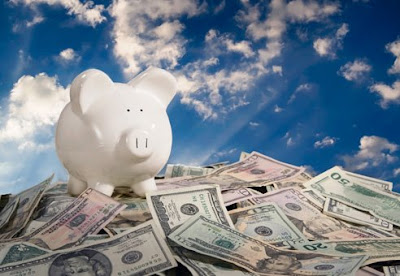 First and foremost, I am infuriated. Luke and I had nothing with this mess. We sat patiently along the sideline waiting for the frenzy to end while others participated in the bidding war. We weren’t on either side of the sketchy mortgage transactions, but now our tax dollars are being used to bail out the irresponsible parties.

The Bush administration pushed us into a trillion dollar war that should have never started to begin with. Then the lack of governmental regulations contributed to the housing bubble and bust. Now the administration is pushing for a $700 billion bailout of the greedy financial institutions that didn't have the sense to prevent this fallout to begin with.

I feel like the good citizens of this country have gotten the short end of the stick.

I am worried that our tax will increase. Currently, Luke and I have not been affected by the economic downturn. However, if/when the tax increase happens, we will be the first ones to feel the pain. We are a two-income household with no kids or properties.

I am confused. The American people talk negatively about Europe having socialistic values. On the contrary, I would be happy to hand over my money to the government if it meant not having to worry about healthcare or higher education costs. Since the takeover of AIG by the U.S. government, all the American people technically own a piece of this mega insurance company. But where is my life insurace or auto insurance? What about providing me with retirement planning? We pay nearly as much in taxes as the Europeans, but we don’t get nearly as much in return. It seems like we are becoming socialistic, but not getting the benefits of it.

Finally, I am eager to see what happens next. I am also hopeful that the irresponsible parties will get more than a slap on the wrist and housing will finally be affordable again.

I have been following the news articles on Yahoo!. They are relatively easy to understand, even for a clueless person like me.