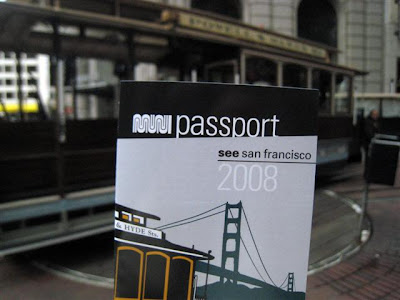 Day 3 in SF was a big day for me. I got to ride on the oh-so-famous cable car! The cable cars are definitely not the best means of transportation (the routes are short and don’t go very far), but for me, it was a must-experience. Later in the week, I visited the Cable Car Museum and will bore you on what I learned next time. Anyway, I loved the location of our hotel; the Powell-Hyde turnaround stop was located less than a 5-minute walk. The turnaround stop is the beginning (or the end) of the line. When the cable car reaches the turnaround stop, it is set on a turntable, and the driver and one other person literally push the car around in a full circle.

Some pictures to help better explain.

I took the Powell-Hyde line, the most scenic, which followed a zigzag route from the corner of Powell and Market streets, over both Nob Hill and Russian Hill, and all the way down to Fisherman’s Wharf. The ride was very fun, going up and down the hills gave me the opportunities to see stuff from high above. Also, I bought the Muni 3-Day Passport for $18. This allowed me unlimited rides on cable cars, street cars, and buses. I definitely got my money's worth. 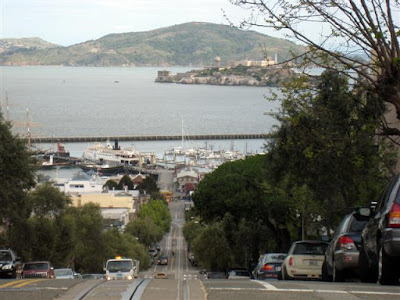 I had never heard of Boudin Bakery before, but apparently, the Boudin family has been baking sourdough French bread in SF since the Gold Rush. They have a flagship store/bakery/restaurant at the heart of the Wharf and, following the yummy smell from blocks away, I stopped by to see what the fuss was all about. 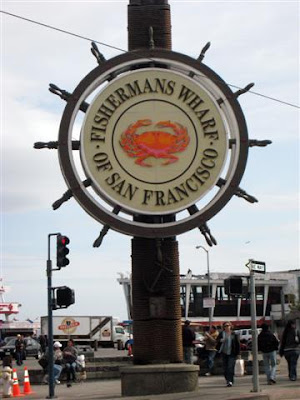 Not too shabby. I especially like the gliding buckets of sourdough breads (look closely in the picture) 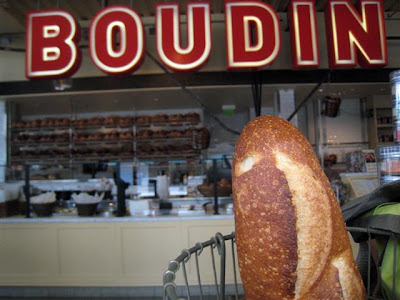 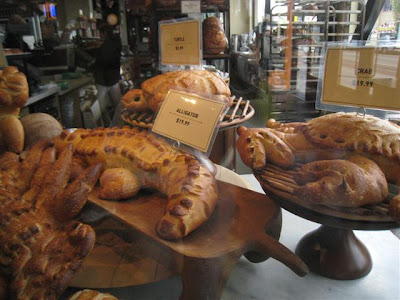 I stayed for an early lunch. They are famous for their clam chowder with the sourdough bread acting as the bowl to hold the soup. Since I don’t eat clam chowder, I opted for the chili option. Day 3 was the worst day, weather-wise. It was cold, especially since I was right next to the bay. The soup warmed me all up. 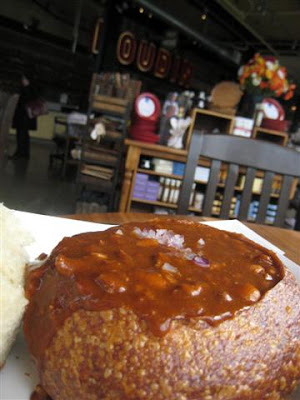 Twelve words on Pier 39: Come see what it’s all about, but leave as soon as possible. This place is definitely the tourist trap of all tourist traps. 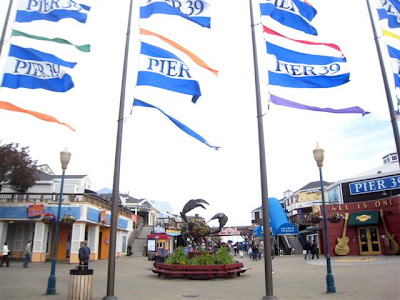 However, a few comments (the following 3 pictures correspond to each comment): 1) the 2-level waterfront complex is extremely well-kept with flower bushes everywhere, 2) there are several photo spots on the top tier of the complex, and 3) the sunbathing sea lions lounging at the end of the pier is a sight to see. 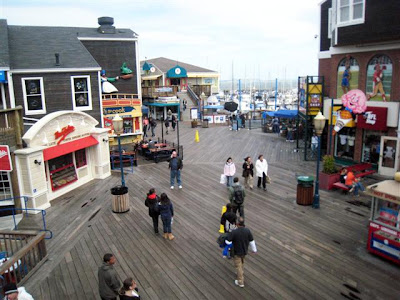 The Golden Gate Bridge can be seen from almost anywhere! By then, I wasn't even trying to get a picture of it. In fact, I didn't even notice that it was in the background until now. 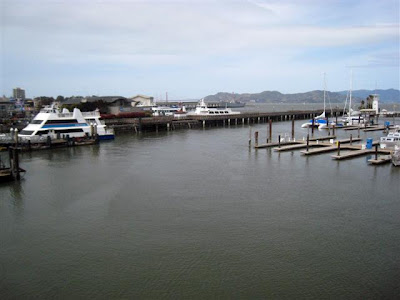 Just as I was finishing up my visit at Pier 39, Linda called to ask my whereabouts. I told her and she just happened to be at Pier 35. We met up in less than 10 minutes.

Linda is 30 years older than me, but I couldn’t tell when I met her. She’s full of energy and full of curiosity. She also loves to take pictures (definitely more than me or my mom). The fact that this wasn’t her first time in SF was a bonus for me. In a way, on the first day, she acted as my tour guide. 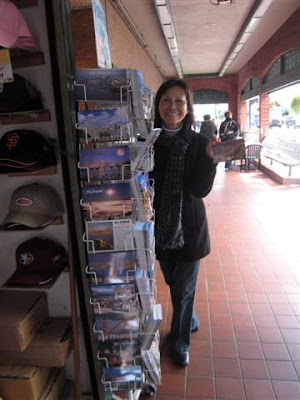 The same way I found out about Miette Patisserie (see here for more details), I also learned about Kara’s Cupcakes, located at Ghirardelli Square. So off we went to Ghirardelli Square, which is actually a National Historic Landmark property and originally served as a factory making Civil War uniforms. Pretty dull, right? But cupcakes, my friend, are not.

There were several choices and after the lady told me chocolate velvet being the most popular, I shelled out $3 for it. First, some pictures before digging in. :) Overall, another delectable treat! A winner! The frosting was light and airly. So delish.

Some more to make you drool. They are so pretty too!

Other than Kara's Cupcakes, Ghiardelli Square was filled with a number of restaurants, which did not interest me. I also noticed that some parts of the square were under construction. While still inside Kara's Cupcakes, Linda and I agreed that we would go to Golden Gate Park by taking the bus.

Walking to the bus stop, along the bay, we saw two notable attractions.

Aquatic Park - it has a small swimming beach and we saw a couple of swimmers. The San Francisco Maritime Museum is located here, but it was closed for renovation until 2009. 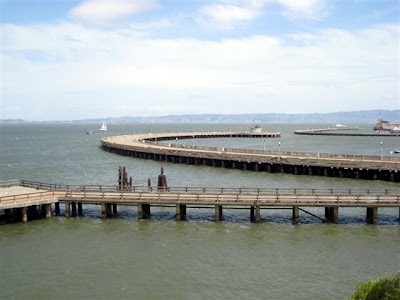 Fort Mason - a former US Army Post, but today the buildings hold a variety of museums, theaters, shops, and organizations. 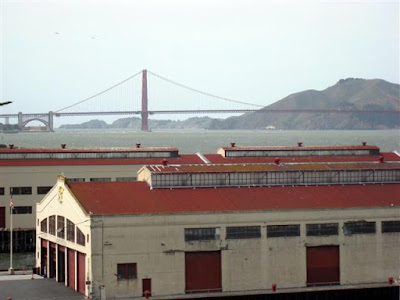 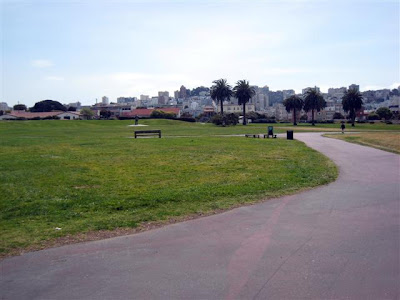 The morning of Day 3 was filled with must-visit places in San Francisco. They weren't particularly interesting to me (except the cable car and the cupcake!), but they were places I needed to check off my list as a tourist. After we walked past Fort Mason, we caught a bus to Golden Gate Park, and that was when Day 3 became fun. Regardless though, I was in good company.

Related Posts:
Hello There!
Under The California Sun
Two Happy Inmates
Steps and Tower and Chinatown! Oh, my!