Steps and Tower and Chinatown! Oh, my!

We all know that San Francisco is a very hilly city. My poor legs took a beating the week I was there. Not a single day went by that my legs weren’t sore. But I marched on…

Luckily, the city is very compact so where I wanted to go next was never too far. After Alcatraz, I planned for us to take the famed Filbert Street Steps to Coit Tower. According to my tour book, the Filbert Street Steps, between Sansome Street and Telegraph Hill, are particular challenging, but offers the best view of the city neighborhoods so we took on the challenge. It worked out well too, because one of the ways to Coit Tower is via Filbert. The Coit Tower is located atop Telegraph Hill and the round stone tower offers panoramic views of the city and the bay. 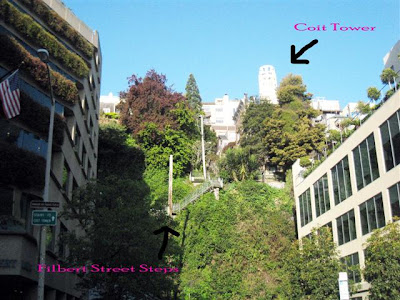 It was a leisure 10-minute walk from the pier to the bottom of the Filbert Steps. The Filbert is a 377-step climb that winds through private flower gardens and charming homes. Sadly I was too busy catching my breath to really enjoy my surroundings. 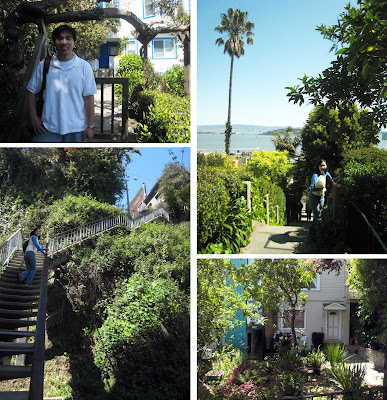 This runner in the picture went up and down the steps at least twice while we were going up. So sad. 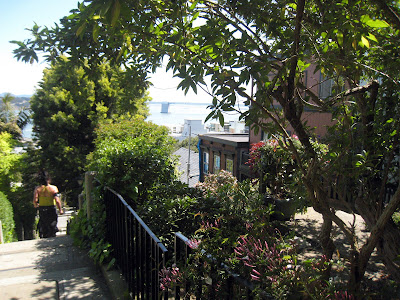 After several breaks, we finally reached Coit Tower. Truth to be told, the steps weren’t bad at all, especially since when the tour book labeled it as “particular challenging”. 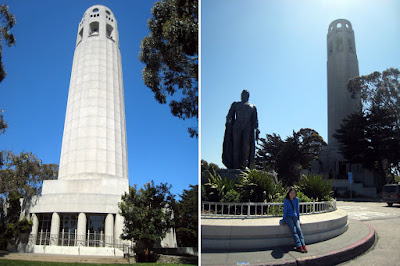 At first Luke didn’t want to go up to the top of Coit Tower. He didn’t want to go until we had a better camera to capture the views. At the end, we paid $4.50 each and took the elevator ride up. Here are some of our best shots from the top, using our point and shoot camera. We really need an upgrade.

In this collage are some of San Francisco most famous landmarks. Challenge: Identify them all. 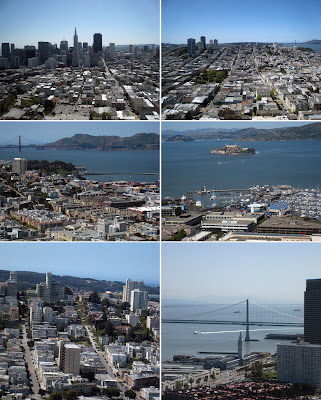 Enough sceneries, look at us! Next we walked through North Hill (also known as Little Italy) and into the largest Chinatown outside of Asia! Unlike DC’s “Chinablock”, this one is chock full of authentic restaurants, herb stores, music shops, bakeries, and groceries. The San Francisco Chinatown is largely Cantonese-based so there are many dim sum restaurants. We settled for one and enjoyed a very delicious meal over a pot of hot tea.

A few of the dishes we had. I love flat rice noodles with shrimps. We got 2 orders. :)

One of the highlights of our Chinatown visit was the Fortune Cookie Factory. Located at Ross Alley, this tiny store has been there since 1962. When we visited, there were two older women sitting at a conveyer belt, folding messages into thousands of fortune cookies by hand. The store smelled great. I was busy taking pictures when Luke pointed out a sign to me that said visitors have to pay 25 cents for each picture taken. I had taken about 5 by the time he told me. However, instead of paying $1.25, we bought a bag of almond cookies for $3.50. Luke snacked on this bag of cookies for the rest of the trip. Fortune cookies, of course, can also be purchased here. Also, if you bring your own fortune messages, they can create custom cookies too. Great for wedding favors! 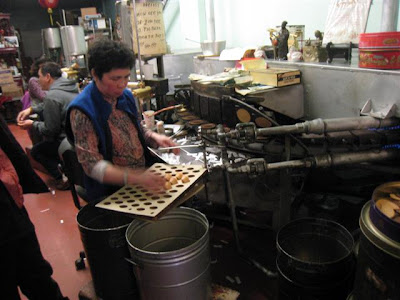 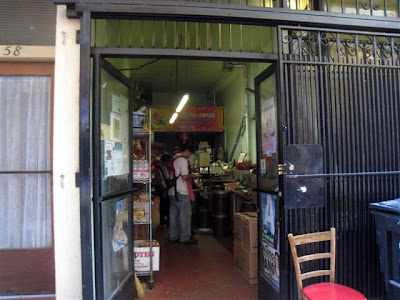 More pictures of the sights around Chinatown. We ended up coming back to Chinatown for dinner every night for the reminder of the trip so this "city inside a city" became very familiar for us.

Chinatown Gateway Arch - from our hotel to the gate was a 15-minute walk. 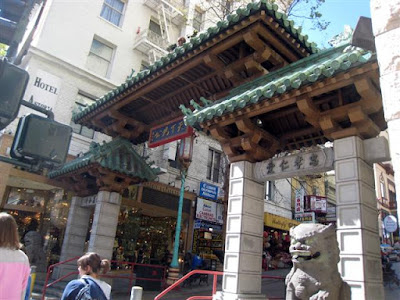 Portsmouth Square - where the locals gather and play, mostly elder men. We were also here early in the morning on some days and saw people practicing tai chi. 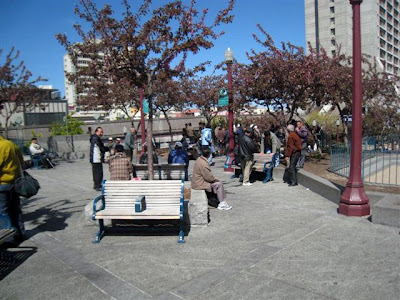 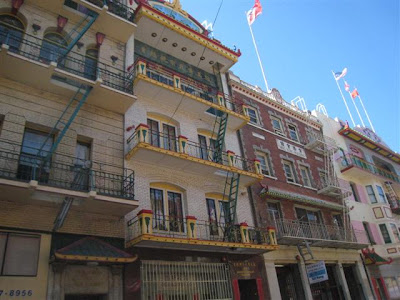 Stockton Street - where most of the residents of Chinatown do their daily shopping. It is the most authentic part of Chinatown, in my opinion. I loved mingling with the locals. 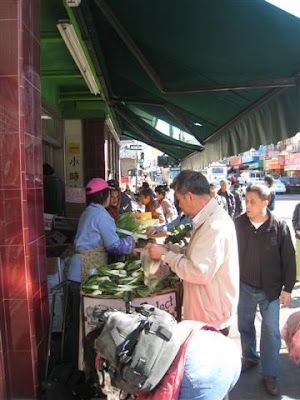 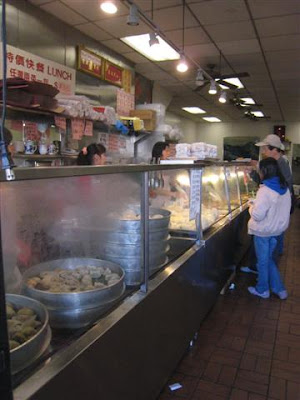 Grant Avenue - the main street of Chinatown, mainly for tourists, filled with gift shops. I bought a set of 4 rice bowls. $8, a bargain? 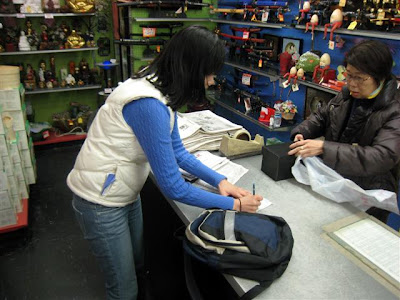 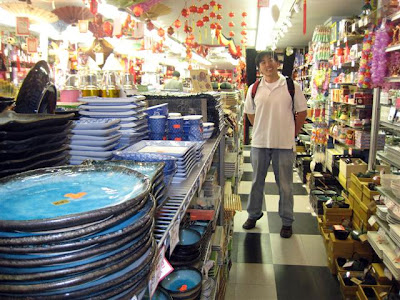 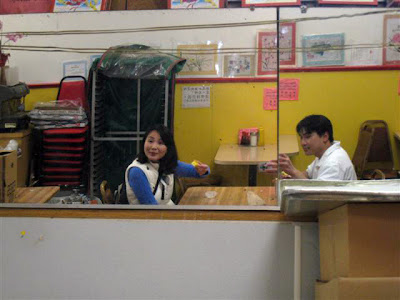 We went back to the hotel after Chinatown so Luke could change into his monkey clothes and report for duty. I spent the reminder of the day on my own.

First, I walked with him to the Moscone Convention Center, where the conference was held. The RSA Conference was actually a very big production. I imagined San Francisco as a city generated lots of business during that week. 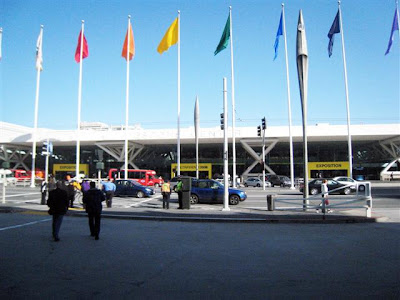 Right after we parted, I stopped at the nearby Yerba Buena Gardens. The garden is roughly 5 acres and a great place to relax on the grass or sit at one of the many benches. There were colorful flowers everywhere. One thing I noticed about SF is their love for flowers; they are literally all around the city! 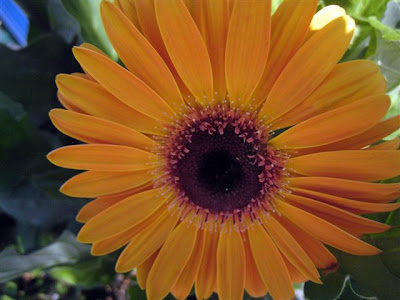 The tallest building in the following two pictures was our hotel. It was very close to the Moscone and the Yerba Buena. 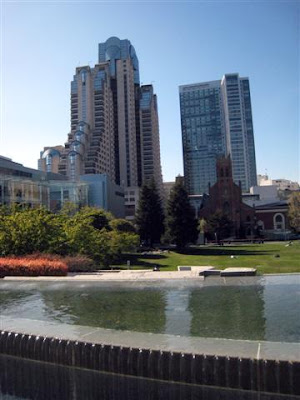 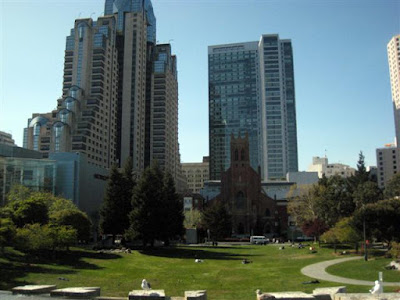 The main focus inside the garden was the MLK memorial. It included a waterfall and panels with quotations from MLK inscribed on them. Not exactly interesting and I left pretty quickly, stopping at the Butterfly Garden on the way out, but didn’t see any butterflies. 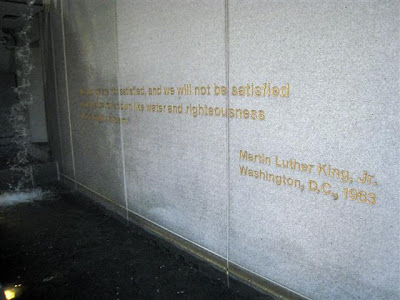 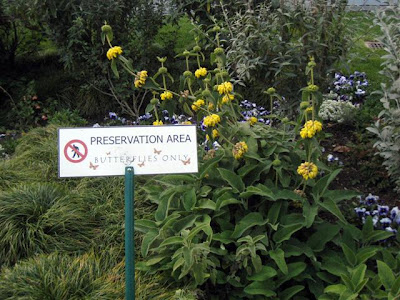 I had wanted to go to venture further and see the architecture of some buildings downtown (ie, the City Hall, Asian Art Museum, SF Public Library, Opera House, etc); however, feared of getting lost in the dark, I decided to go back to my comfort zone for dinner. True to what they say – “Change one thing, change everything.” Because I made this one change, I met my travel companion over dinner and it made all the difference!

I was walking up and down the streets of Chinatown, peeking inside each restaurant to see what was cooking. Finally I stopped at one where they had a display of little snacks through the window. My first thought was to buy a snack and walk as I eat. This way, I can try several restaurants. Last minute decision found me picking a place to sit inside the restaurant. I picked a small table near the back. Once I got my food and took out my camera to take a picture first, this lady (whose back was toward me) turned around and complemented on my bag. We started talking and, feeling awkward that she had to turn around to talk to me, I suggested me moving to her table. She happily nodded yes and that was the beginning of it all. We ended up exchanging numbers and promised to call each other the next day so we could sightsee together (her husband was also at the RSA Conference).

It was perfect. Linda would later show me how to use the bus system and we had many fun adventures together.