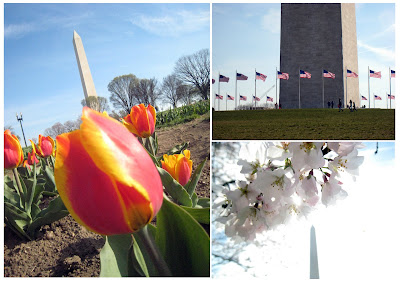 I realized I never finished blogging about the day my mom and I had in DC for the National Cherry Blossom Festival. What happened next really weren't all that interesting to me, but I don't like to leave loose ends behind so I am going to wrap up the day in a rather short post.

Picking from where I left off, we walked towards the Washington Monument for the 42nd Annual Smithsonian Kite Festival. This year's theme was "China: Brush Strokes in the Sky". On top of giving away free kites for the first couple hundreds of visitors, there were festival booths offering demonstrations of traditional kite-making and explaining the history of Chinese kites.

The festival had just started so there weren't that many kites in the sky yet. When we finally left DC roughly 2 or 3 hours later, the sky was filled with them. 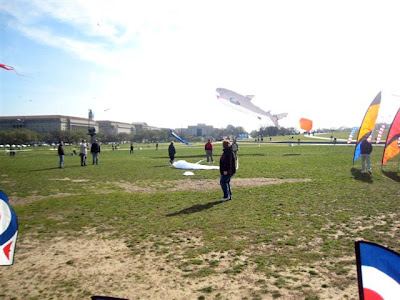 Because the theme revolved around China, there was even a lion dance. My mom and I were at the very front, and the lion got pretty close! 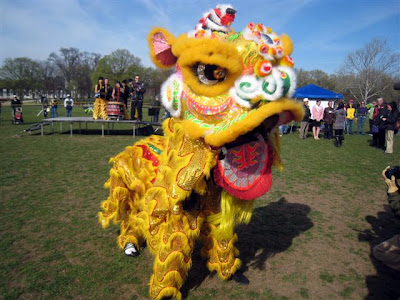 They asked for volunteers to hold the American flag for the opening ceremony. My mom volunteered and I stayed behind to take pictures. 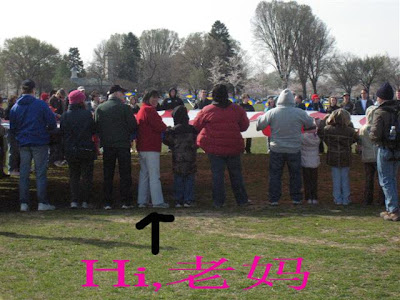 Next, we drove to the National Building Museum for the Family Day. The huge space was decorated in pink and huge cherry blossom balloons floated between the pillars. It was my first time visiting the Building Museum so we took the guided tour. It was a good hour wasted. Ask me what I learned and I wouldn't be able to tell you. =P 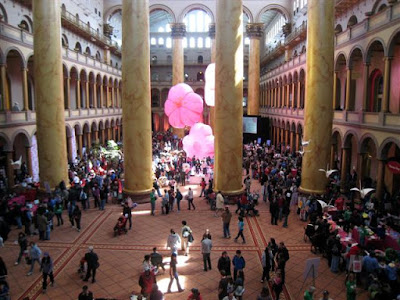 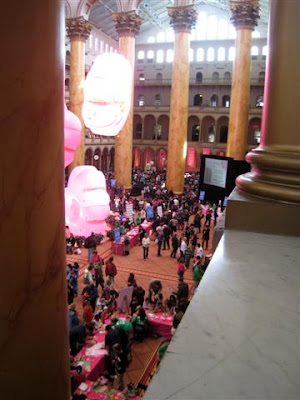 In addition to this performance stage, there were many Japanese culture-related activities such as wearing kimonos and learning about brush painting. 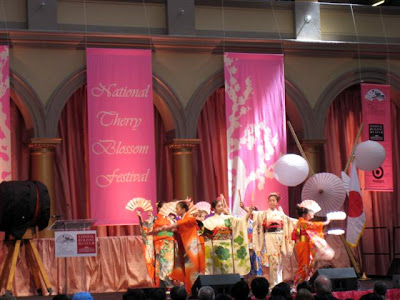 The bulk of the activities, though, were geared towards kids. There were several Japanese arts & design stations for the children to play. At the origami station, my mom played with the kiddies and made this crane. Can you tell who was the major sponsor of this Family Day? That's right, Target. 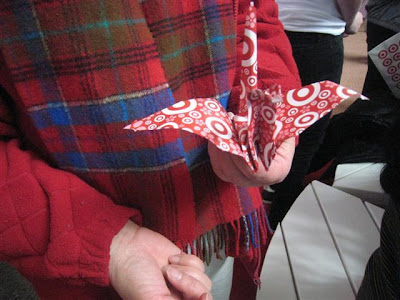 After this crane was created, we left for home. Next year, I am going to skip all these events and just go see the flowers. I am not into these organized activities at all. Still, now I can say I've seen them and I've seen them with my mom. :) This wraps up the series, thanks for "spending" the day with us!