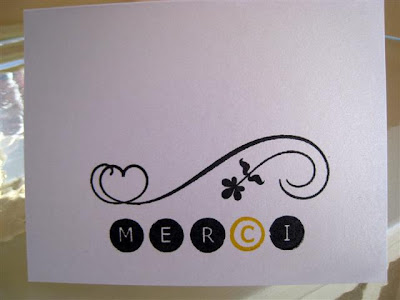 I had my first Gocco failure. My "merci" cards did not turn out well. *sobs* The worst thing is, since I have no idea what I did wrong, I won't be able to make sure that it doesn't happen again. I won't be able to list this on etsy. I can't imagine selling these cards to people and have them leave me negative ratings (that is, if people buy to begin with!). Anyway, I will keep them for my own use. So, no matter if it is your birthday, anniversary, or just whatever, expect a "merci" card from me! :)

See, a disaster. However, to give myself some credit, this one below IS the worst one. The others don't exactly look like this - they don't have the big white blotchy spots. 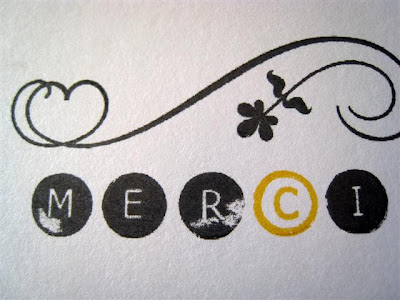