A Day Of Hanami 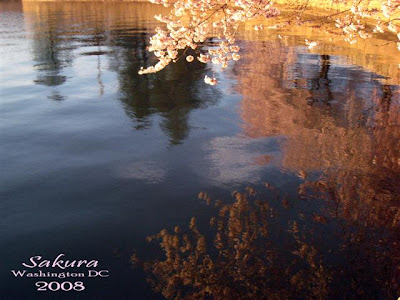 Living in the suburbs of Washington, D.C., I always know that spring has officially arrived when the cherry blossom trees on the Tidal Basin bloom their delicate pink and white petals. They signal the coming of warmer weather. And every spring, people, locals and tourists alike, flock to DC for the annual cherry blossoms viewing (also known as hanami in Japanese). It's not hard to see why this is such a popular attraction. The cherry trees are pretty in pink and they make great photo opportunities, especially during sunrise and sunset. 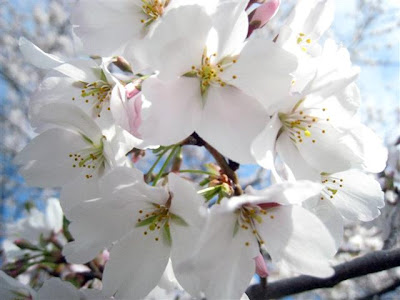 This year, on the first day of the National Cherry Blossom Festival, my mom and I arrived in the city by 7:15am, our goal was to take pictures when there are less people and when the light is soft. On the way to the Tidal Basin, we walked past WWII Memorial and made that our first photo stop. We then spent 2 1/2 hours making our way around the Tidal Basin, stopping at the FDR Memorial and the Jefferson Memorial. Afterwards, we walked around on the big grassy field in front of the Washington Monument for the 42nd Annual Kite Festival. We later made our way to the National Building Museum for the National Cherry Blossom Festival Family Day (very boring!). Whew! What a busy day.

The WWI Memorial is located between the Lincoln Memorial and the Washington Monument. It's one of the newer architectures in DC, opened to the public in the spring time of 2004. I have been to the Memorial a number of times and to be honest, it's not one of my favorites. It's one of those places that I zoom through, snap a few pictures, and put a check next to it. In the summer time, the place is always flooded with people, dipping their feet in the pool. I took a number of pictures here, but in the interest of saving space, I picked few of my favorites that best depict the Memorial and created a collage. I especially like the one with shadows of my mom and me, facing the Lincoln Memorial (first column, 2nd picture). 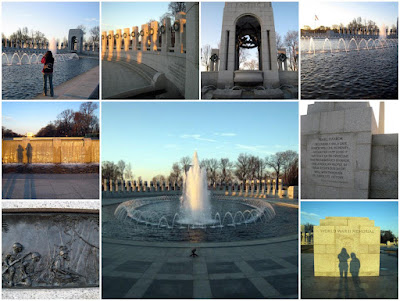 After a quick stop at the WWII Memorial, we trekked on to the Tidal Basin. I have too many favorites from the day, it was hard to narrow down to a few to post on {sugarlens}. In the end, I am probably still posting too many of the same thing, so please bear with me! :) I don't go see cherry blossoms every year, despite the convenience of living just 30 minutes away. Often times, the area is just too crowded with people and strollers and it takes the fun and enjoyment out of it. Very often, I end up spending more time people-dodging rather than viewing the flowers. 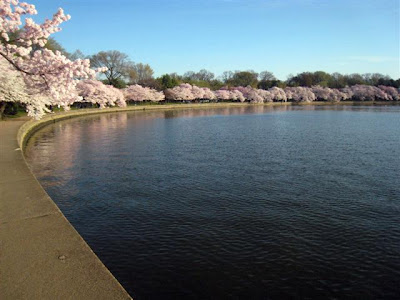 My mom and I decided to go at the crack of dawn this year. I am glad we did. We had no problems driving in and finding a space. It was a bit cold early in the morning (the weather warmed up later around 10am when the sun came out), but in the end, I am pretty happy with my pictures so it was well worth it! 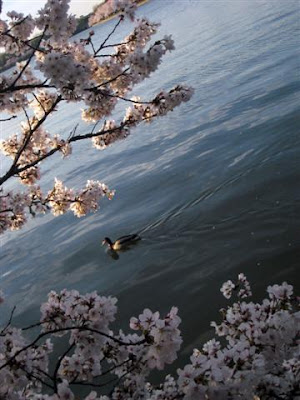 I really like the next 2 pictures with the gorgeous reflection of light. Look closely and you will see the Jefferson Memorial in the first picture. 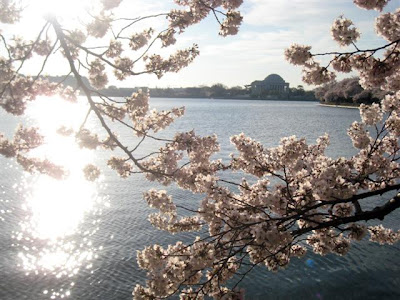 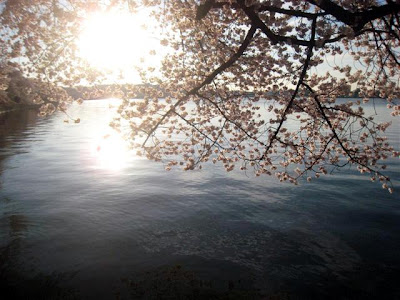 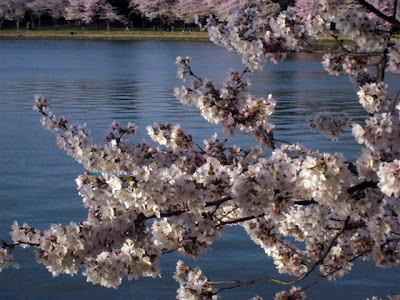 Here is a picture of the blossoms and the Washington Monument. It has been a while since I've been up on top. It's on my to-do list for the summer. Pretty picture, no? 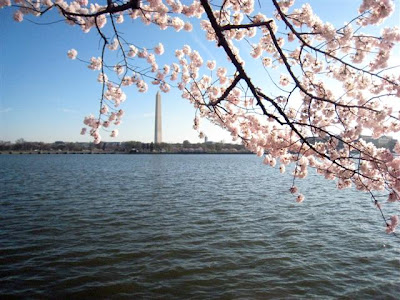 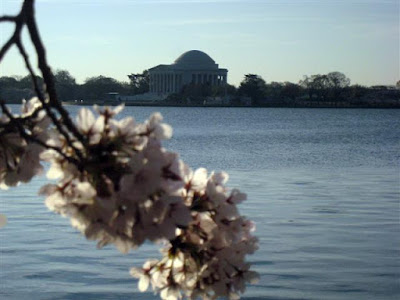 My mom took this picture of me taking pictures. Since we were there early, I was really able to take my time when taking pictures. No need to say "excuse me" all the time and have random people showing up in my pictures. I was really surprised to see that the few that came early just like us all had dSLR cameras. They are really a lot more common now. The one we were supposed to get in April won't actually be released until June now, so more waiting for us. 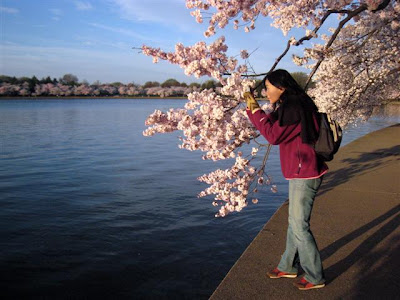 Peak bloom is when 70 percent of the blossoms of the cherry trees are open and lasts three to four days. We were there during the peak bloom days and saw full bloom trees such as the ones below. My personally prediction is that the trees will be at their prettiest early this week (3/31 - 4/2), and by this weekend may be a bit too late (4/5-4/6). 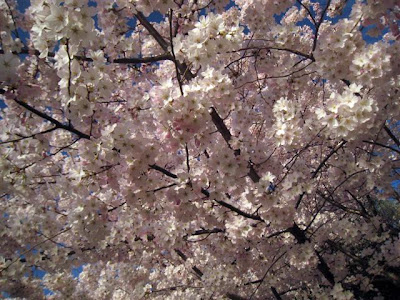 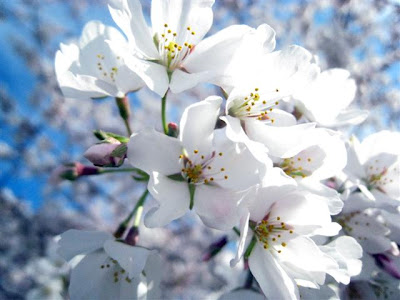 We also saw buds on some trees such as these. They made really nice photos, nevertheless. 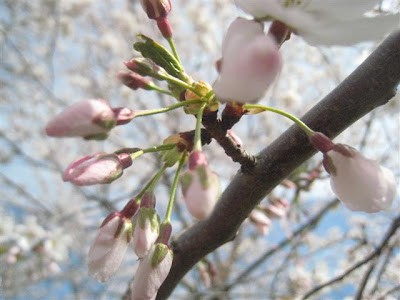 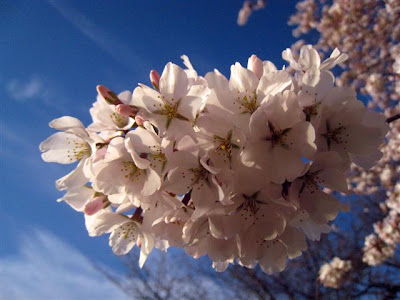