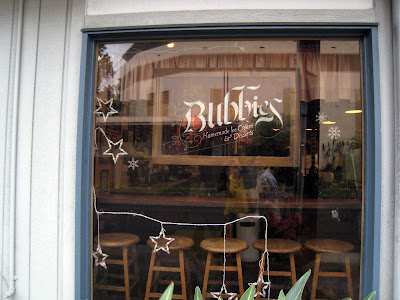 That night after our non-adventure at Hanauma Bay, Luke and I trekked to University of Hawaii at Manoa area (which was about a 10-15 bus ride from Waikiki) for some cheap eats! Although to be honest, the only reason why we really paid any attention to that area was because of Bubbies.

While researching on Hawaii back home, I stumbled across mochi ice cream. Ever since I was little, living in Taiwan, I loved mochi ice cream. At that time I lived with my "chubby" aunt and she would limit me to 1 a day. Since moving to the U.S., I never had it again, until I went to Hong Kong a couple of years ago. Boldly, I had 2 mochis for dinner one night! :) And a lot more during the trip. Those were the last times I had mochi ice cream. Once I found out that I can get mochis at Bubbies in Oahu, I was determined to find them. So I looked up Bubbies in my tour book and sure enough, it came highly recommended.

Bubbies was hard to find. It was hidden behind a shopping plaza. We walked up and down the street several times. Luckily, we finally found it before Luke lost his patience. At least we didn't walk for nothing, because they were as delicious as I remembered! Light and airy. We were cautious and ordered just 3 to start. I forgot what flavors we picked... 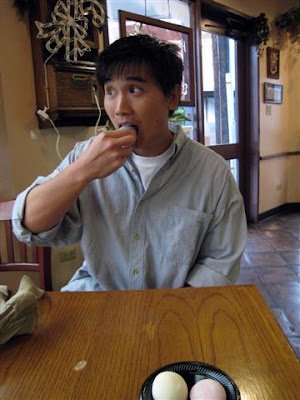 After we chowed down those 3 mochis, we decided to have real dinner first. While walking up and down the block, we noticed a ramen shop. So we headed there. The restaurant was empty when we walked in, but eventually more people came in. Located at the university area, the restaurant kept the prices super low. I think the bill was $15 and we even had leftovers to take back to the hotel! It was tasty, I loved the batter fried chicken in my ramen soup! 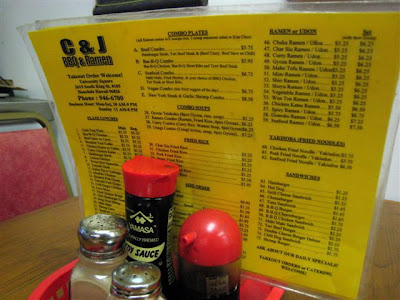 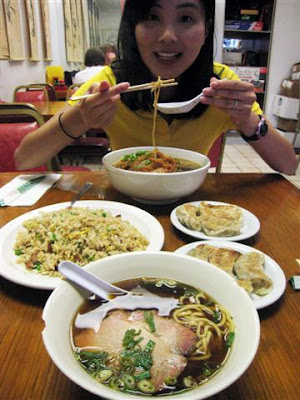 From where we were sitting, I took a picture of the restaurant. It was a tiny shop, with a cashier/waitress and 2 cooks in the back. Nice and cozy. 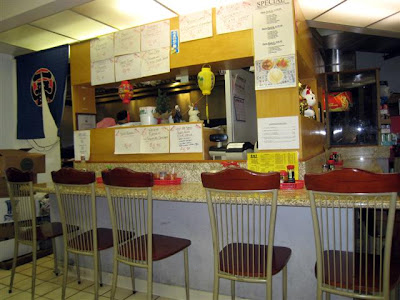 We were stuffed from the noodles and dumplings (or gyoza in Japanese), but we went back to Bubbies for more! This time I took more pictures of the quaint shop.

The shop had an extensive menu with odd/interesting names for the desserts. There was one called "come here little girl". Hmmm..... We stuck with what we came here for, the mochis! 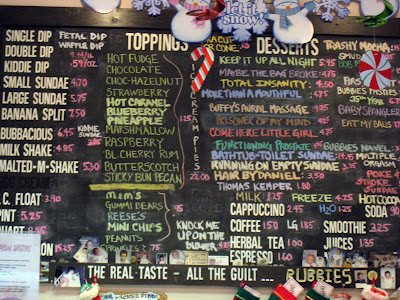 The mochi flavors. We ended up getting 12 mochis. =D 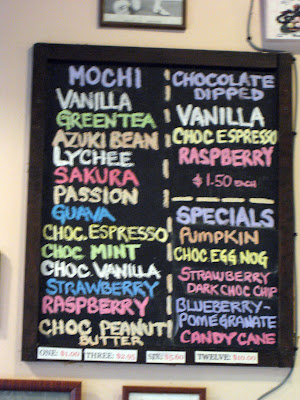 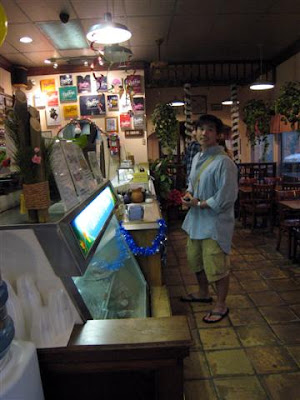 While Luke waited for the mochis, I took this picture of the wall. It featured reviews of Bubbies from magazines and newspapers. All I remember now was the one from O Magazine. 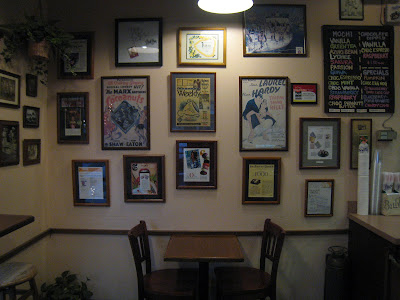 A container full of mochis. We sat by the window and started eating. The whole time we ate, we referred back to the menu to see which flavors we were having. I was surprised how hard it was because lots of flavors were very similar in taste. I think at the end, we could only differentiate the obvious ones such as chocolate, peanut butter, and mint. They were all good, nonetheless! 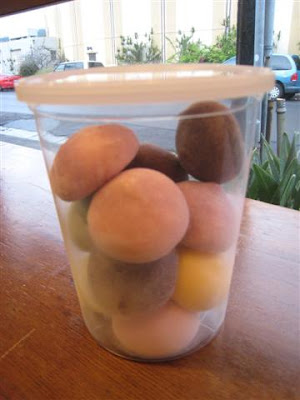 Hehe, this picture makes me smile. 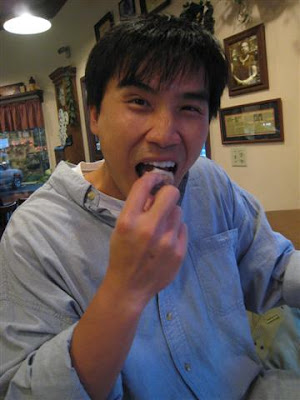 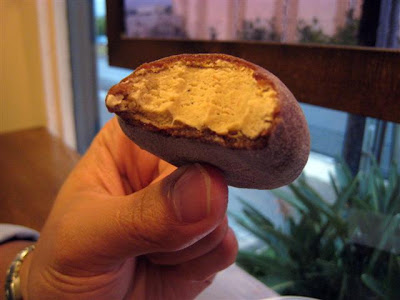 I think we had 5 left before we couldn't eat it anymore. We weren't enjoying them as much and it seemed like a waste to stuff ourselves just to finish. So Luke suggested we take them back to the hotel and have them later that night. I wasn't too sure if they would last, but didn't argue with him. We got back to the hotel and put them in the freezer. It was maybe an hour later when we took them out, ready to finish them. They were all melted! The soft mochi held the ice cream in, but once we bit into it, the ice cream came dripping out. Ugh, I love ice cream, but I hate melted ice cream. Luke is the opposite. So in the end, he had fun eating all the leftover mochis. I think maybe he had done it on purpose? That evil man.

It was another fun night with the baoer, though!