I was soooo looking forward to this weekend. We were supposed to get our marriage license, mail out invitations, and go pick up Pesto! The week started out slowly, as expected because a big weekend coming up. It went downhill on Wednesday night when the breeder called and said "Pesto" is going to be 6 to 6.5 pounds full grown, which is too big for Pargo. What a disappointment. Of course, we are happy that she was honest with us. We didn't want to bring home a dog that Pargo isn't comfortable with. Still though, what a downer! We will still get him, but now it's just waiting again.... We were so excited last weekend that we ordered Pesto's dog tag already. Luke ordered it and used my soon-to-be last name. :) He wanted to get a new tag with Pargo with the new name, but I said no. I want to keep it as is for memory. :) 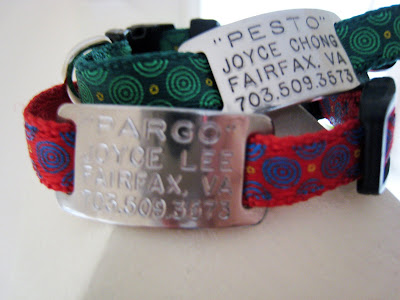 Today we both left work early so we could get to court before it closes at 3:30 to get our marriage license. When we got there, the lady told us that the system is down and won't be back up for another hour. Sucks!! Now we gotta leave work early again on another day and go back to the stupid place. UGH!!

We are still sending out the invites tomorrow. Everything is signed, sealed, and just needs to be delivered. Since we live pretty close to the post office, we will just walk and take Pargo with us. 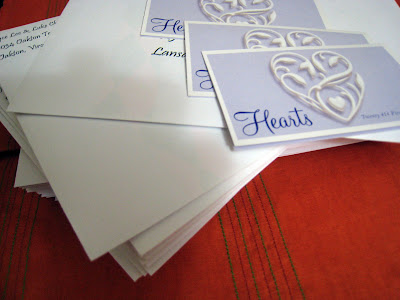 Speaking of Pargo, he's so weird. Here is a photo of him under the couch, he has never done that before, so Luke couldn't resist. 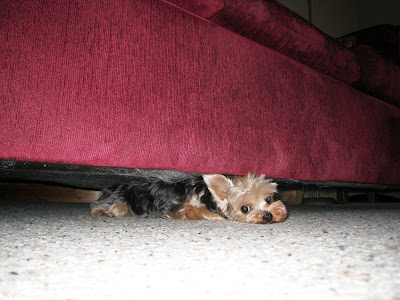 I was hoping that my next update could have photos of the marriage license and Pesto, but hopefully it won't be long before I post them!
Email Post
Labels: love